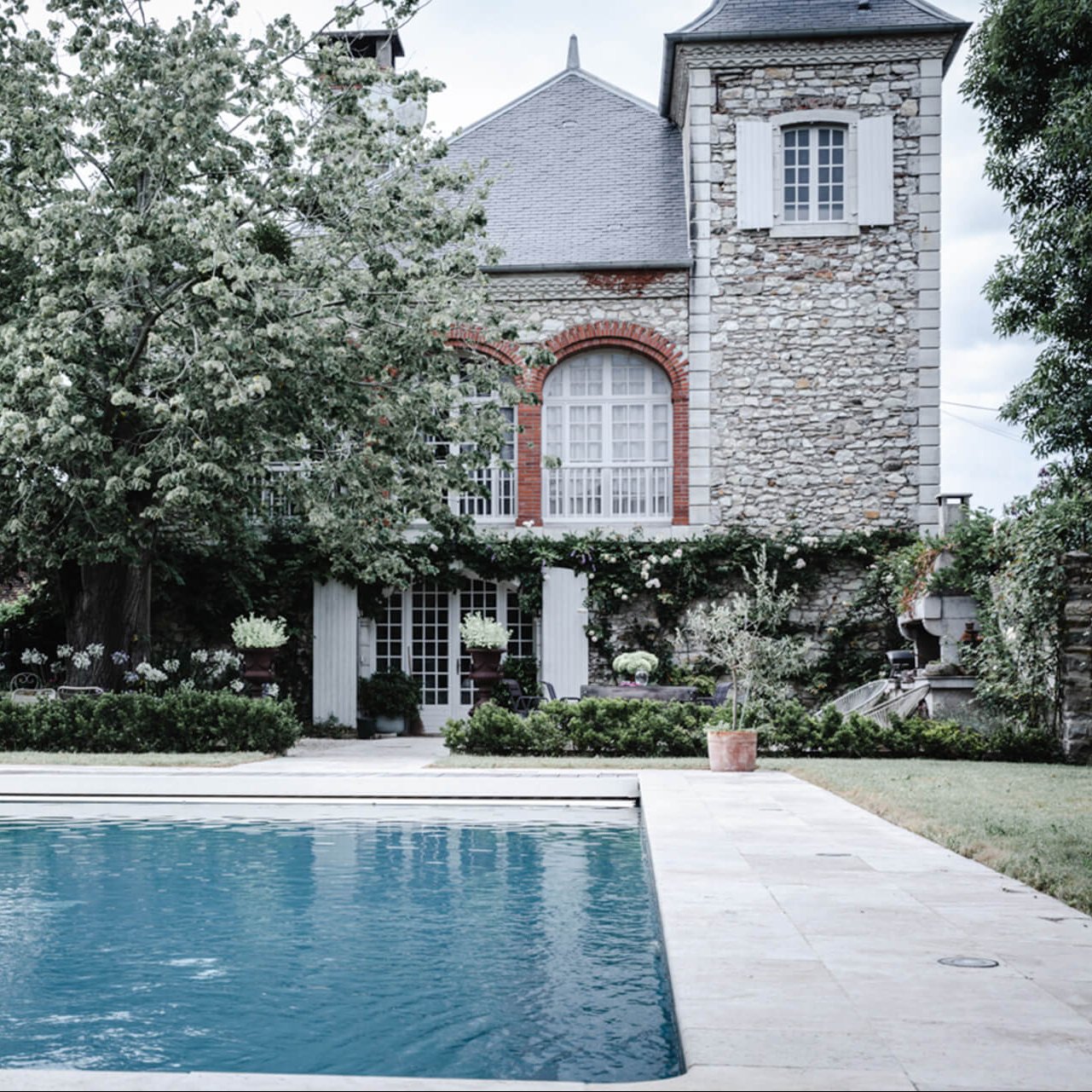 With this lyric, composed by local singer-songwriter Ernest Barrère in the Bearnese dialect, which means: Monfort is my village on the top of a renowned hill; this beautiful story gets underway in the historic region of Bearne. Although it is known locally as a “castle”, it is actually a maison de maître or manor house, which was usually built by the local nobility, the result of the agricultural exploitation of their land. As the largest building in a small village of 184 inhabitants, it is known locally as chateau.

Our protagonist, Sara Silm, was looking for a change of scenery when some friends recommended that she and her husband move to this region, where they ended up buying an old chateau which they not only renovated, they turned it into their new home. Sara spent several months working on the renovation of this mid-19th century chateau, which had had several owners before ending up in the hands of an Australian couple and their three children. 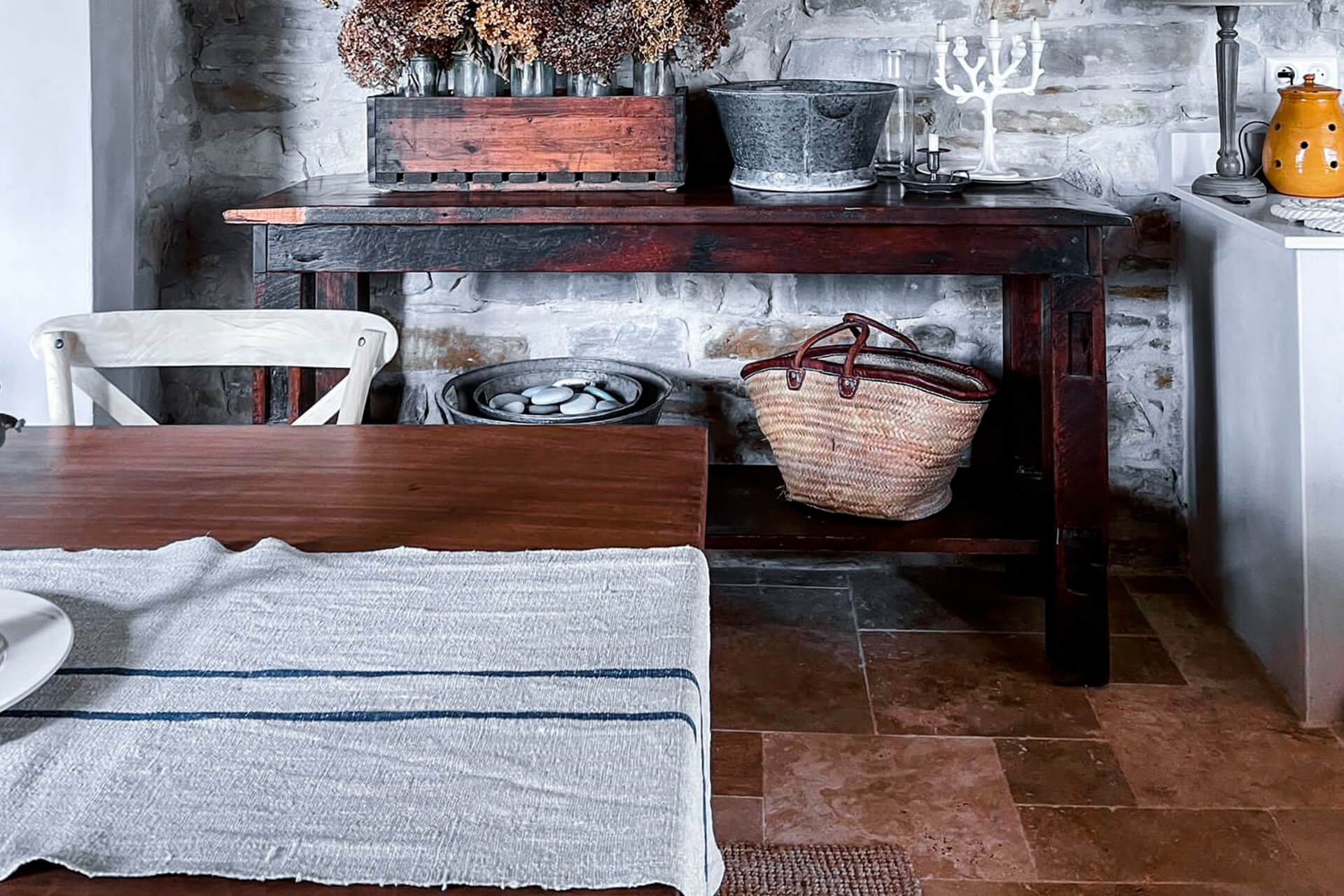 A land to fulfil a dream

The floors of this house were covered with travertine marble slabs with an aged finish, inside the kitchen and the living room alike, and outside for the paving around the swimming pool. Its palette of cream and honey colours perfectly complemented the walls of the house and its irregular surface gives it a rustic design with all the advantages offered by natural stone.

The CUPA STONE travetine therefore becomes the foundations of a project dreamt up by a person as adventurous as Sara, but who, despite having her head in the clouds, walks with her feet on the ground. And with the dream of finishing a home for her whole family, she went for the best materials, not only down to the fact that they are long-lasting, but also because of the intangible feeling that natural stone gives you, which is the warmth and shelter of a home for life. 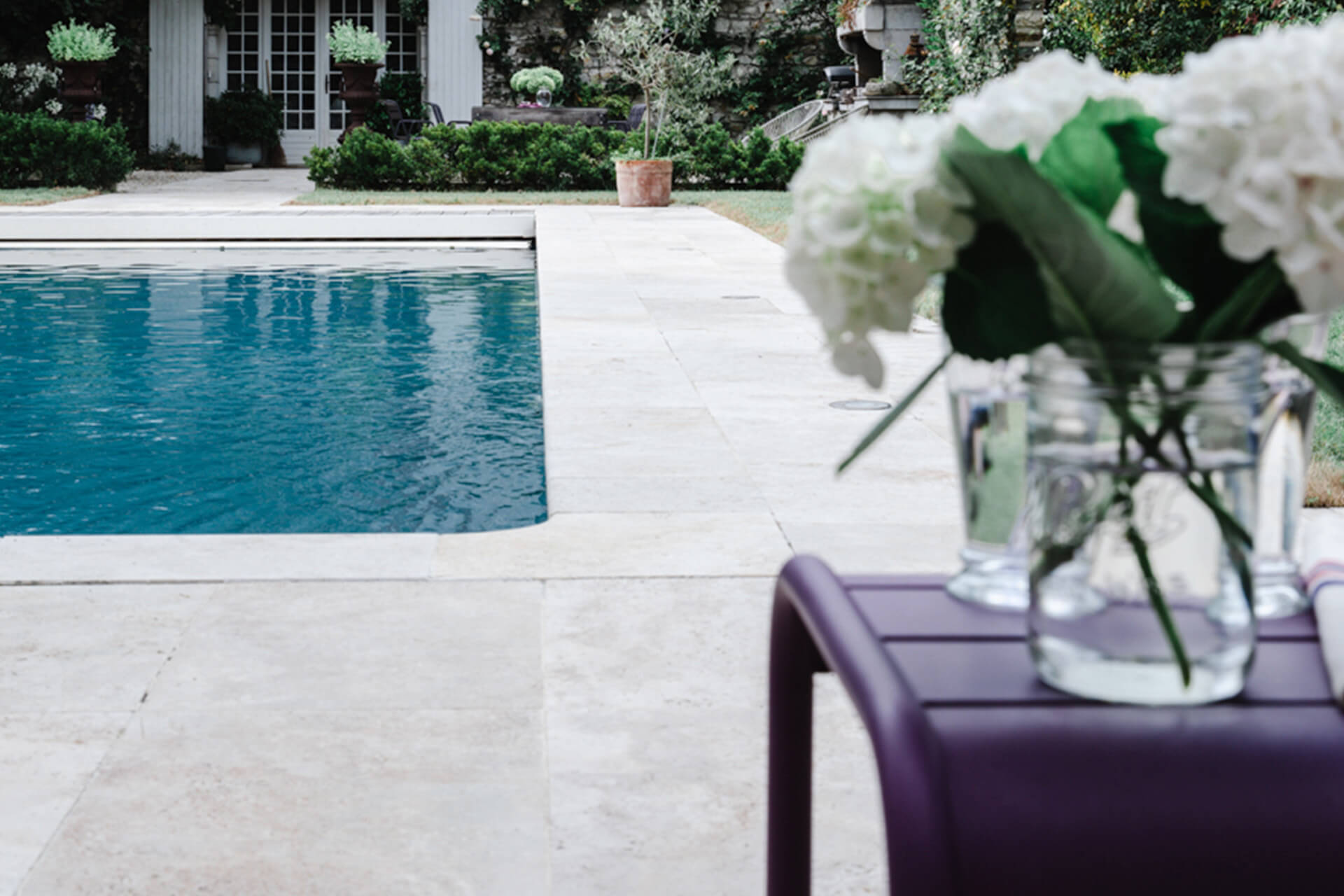 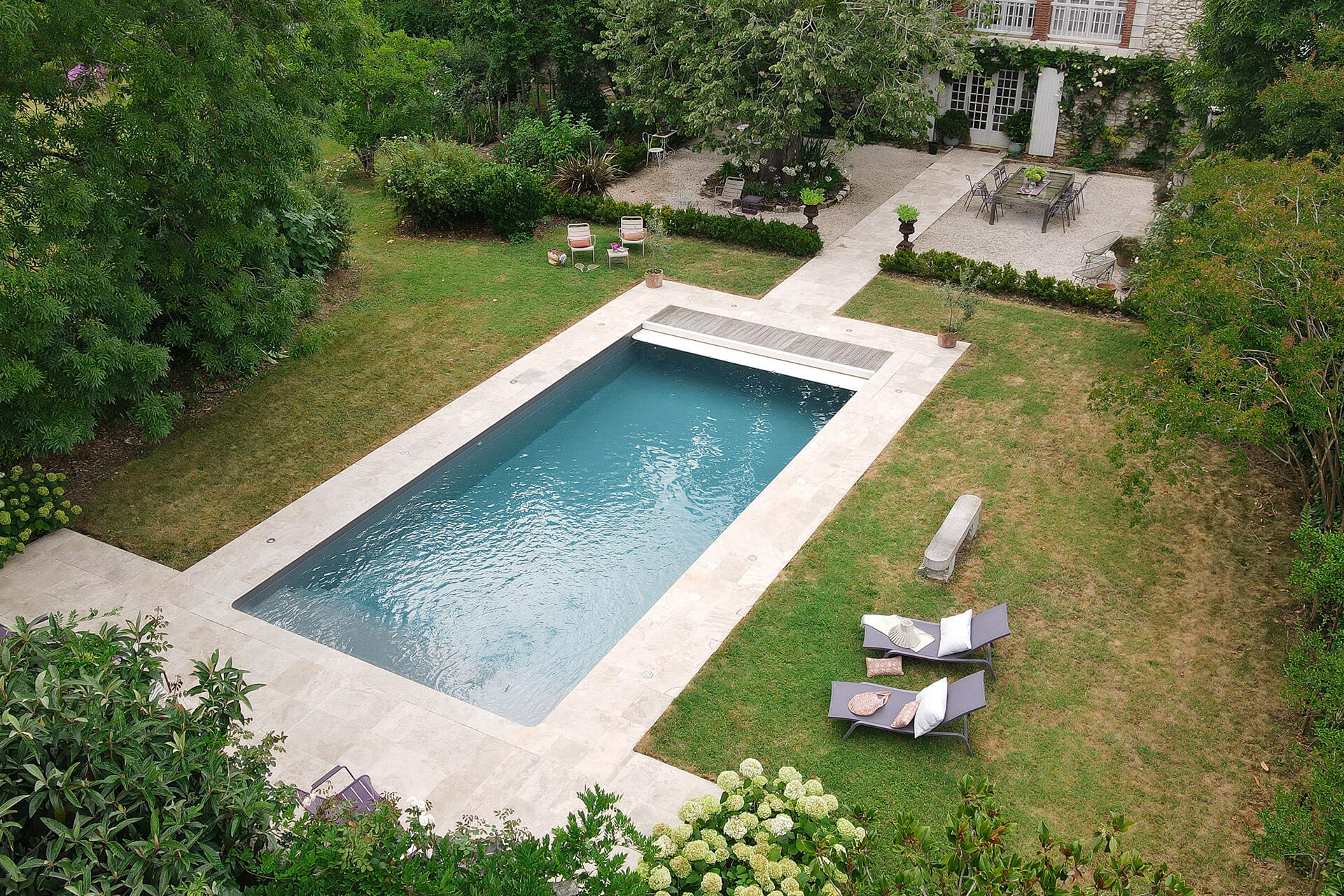 As well as the floors of the house and the stone that was used on the exterior, on one side of the plot there was an old barn that was used as a gatehouse in the past as well as a place to make wine. With two floors, the idea was to create a small guest house with a kitchen, dining room, bedrooms and a small living room, so that they could share a place to stay with friends or guests and mae them feel right at home.

The interiors were tricky, as choosing a style that you are happy with is not always easy, as well as giving it the French touch that Sara was after. All the more reason to choose travertine flooring, which helps to combine a rustic and traditional design with the Béarnaise village charm that this project hoped to achieve. 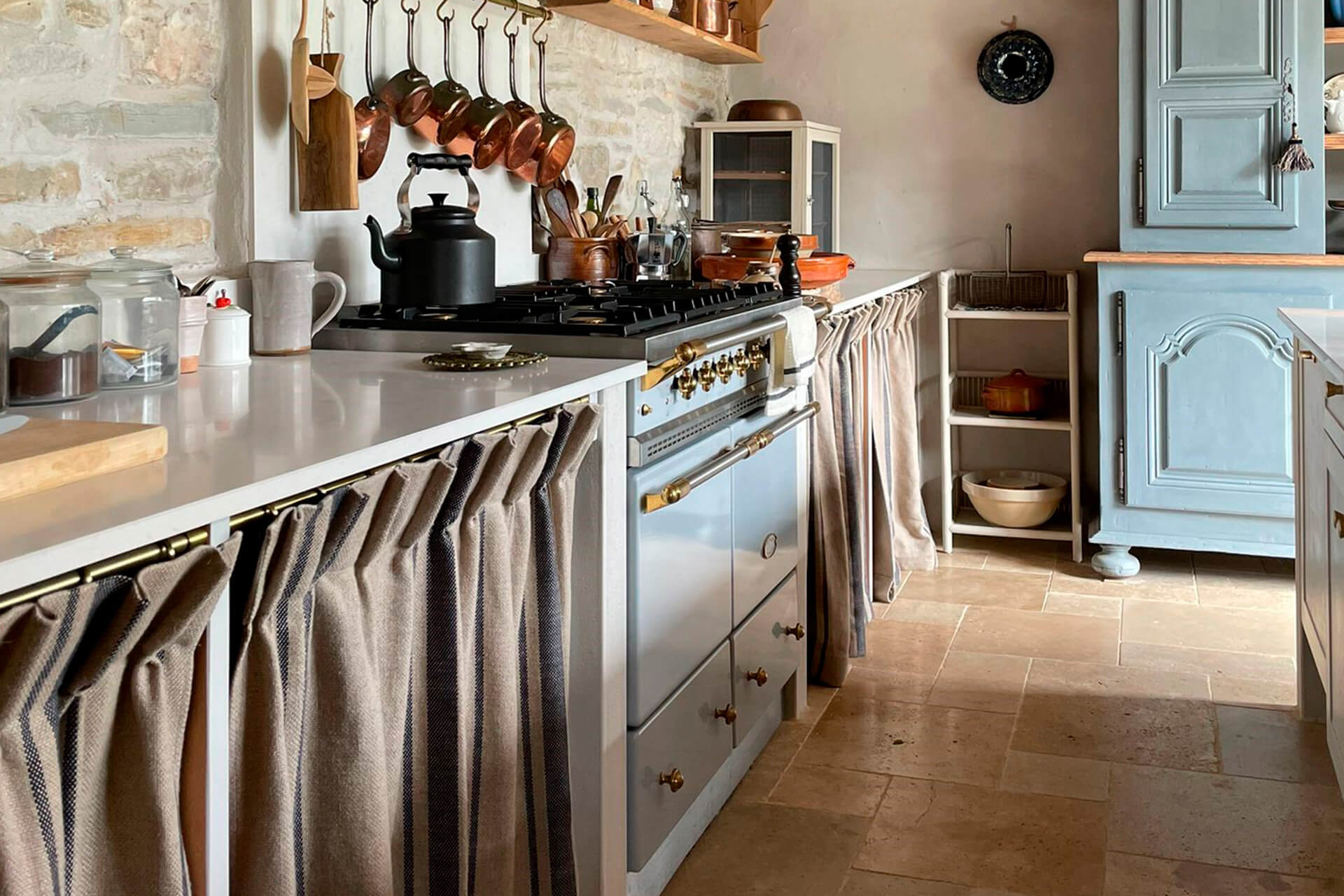 At the front door of the house, one step away from the stairs in the hall, Sara already knew she was stepping into her new home. She came across it by chance and, when she phoned up to arrange a viewing, she was given the slot from a previous cancellation, and within just 20 minutes she had made up her mind. Where others would have seen dust, dirty sheets, hard work and a lot of effort; she, in her own words “Saw a home, our home – and in a matter of weeks, this and all the dust under the sheets was ours”. 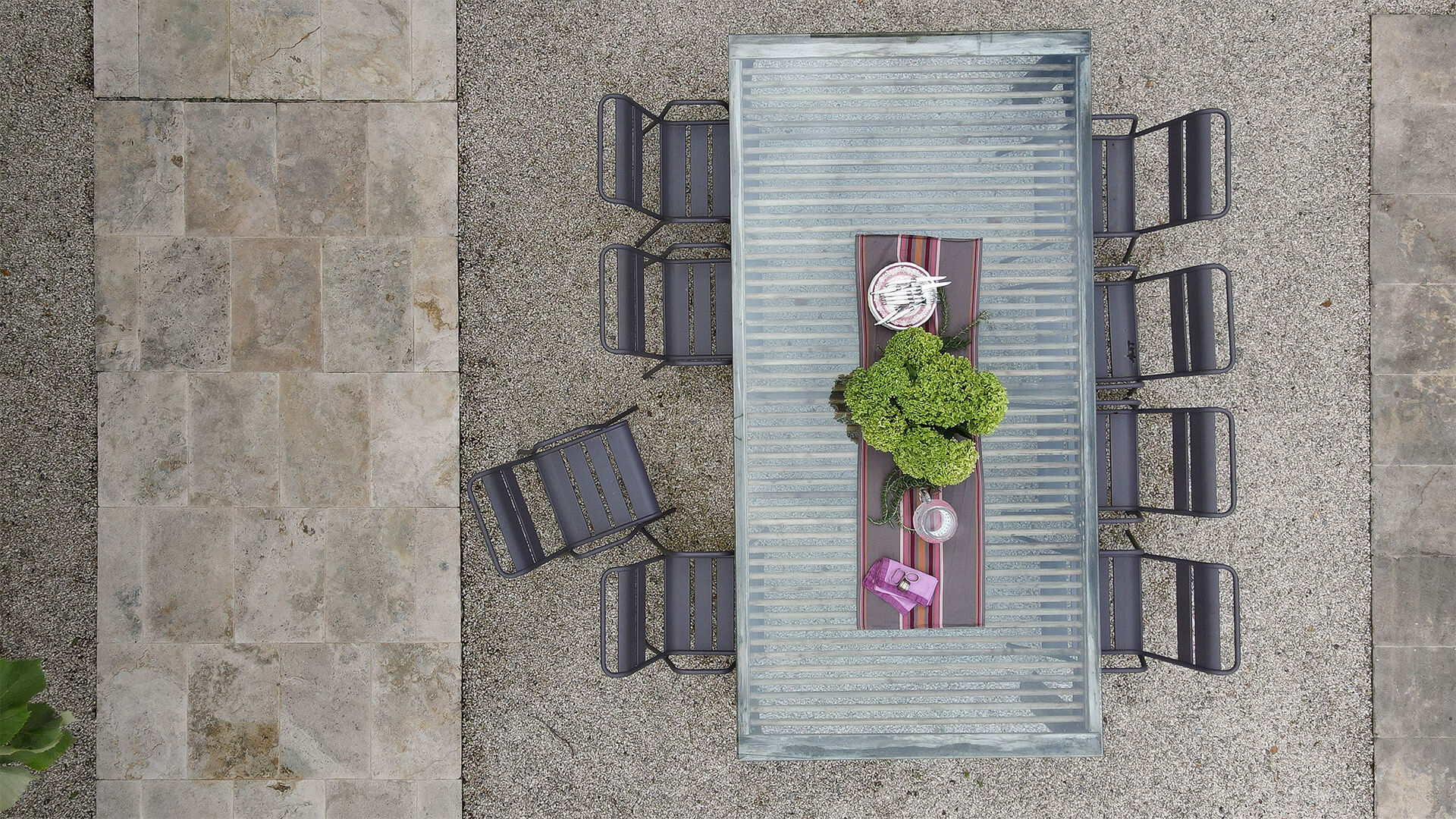